Alligators (&crocodilians) are found between the latitudes of Cancer & Capricorn in lakes, rivers, swamps, marshes & canals. The northern reaches of the American alligator’s territory are the coastal region of North Carolina while the southern extremity includes the vast expanses of the Everglades and adjacent Big Cypress Swamp. American alligators can also be found in South Carolina’s Savannah River & its tributaries & many swamps; in the southern half of Georgia, including the Okefenokee Swamp that overlaps into northern Florida; & in Alabama’s Mobile Delta region.

Alligators have moved westward as well, making themselves at home in central & southern Mississippi, all the bayous & swamps found throughout Louisiana, parts of Arkansas, the eastern third of Texas & Oklahoma’s Red River & Little River drainages in the southeastern part of the state.

The rule of thumb in Florida is that it is highly likely an alligator will be in a body of water wether it be lake, canal, river or stream. Although they are everywhere alligator attacks are rare. In 2011 there were 4 & since 2000 alligators have killed 12 people. Since 1973  they have killed 22 people. Alligators are attracted by activity in the water. An alligator is simply looking across the top of the water & sees a head bobbing around. It doesn’t know there’s a big human hanging off that. So it swims over & grabs an arm or a shoulder. Some of the attacks are predators attempting to take prey & with very large alligators humans are within their prey size range. Large animals are capable of causing extreme damage.

And that’s exactly what happened to Kaleb Langsdale on July 10 when he was swimming in the Caloosahatchee River near Moore Haven (population 1,980). His friends noticed a large alligator estimated to be 11-feet-long right in front of Kaleb. Kaleb reached up & grabbed the alligator underneath its bottom jaw by its skin & at that point the alligator pulled him down. Then the alligator surfaced & Kaleb let go & began to swim away. But when he threw his arm behind him the alligator grabbed him & started pulling. Kaleb knew it was going to lose either his arm or his life so he buried his feet in the alligator’s head & pushed so he could get free. He swan to a dock where friends called 911 & applied pressure to the wound.

Around 6 PM officers with the Florida Fish & Wildlife Conservation Commission caught & killed the alligator & retrieved Kaleb’s arm but it was in too poor condition for reattachment. Kaleb lost his arm but lived to tell the tale.

Kaleb did the right thing. In my next blog I’ll tell you about someone who did the wrong thing. 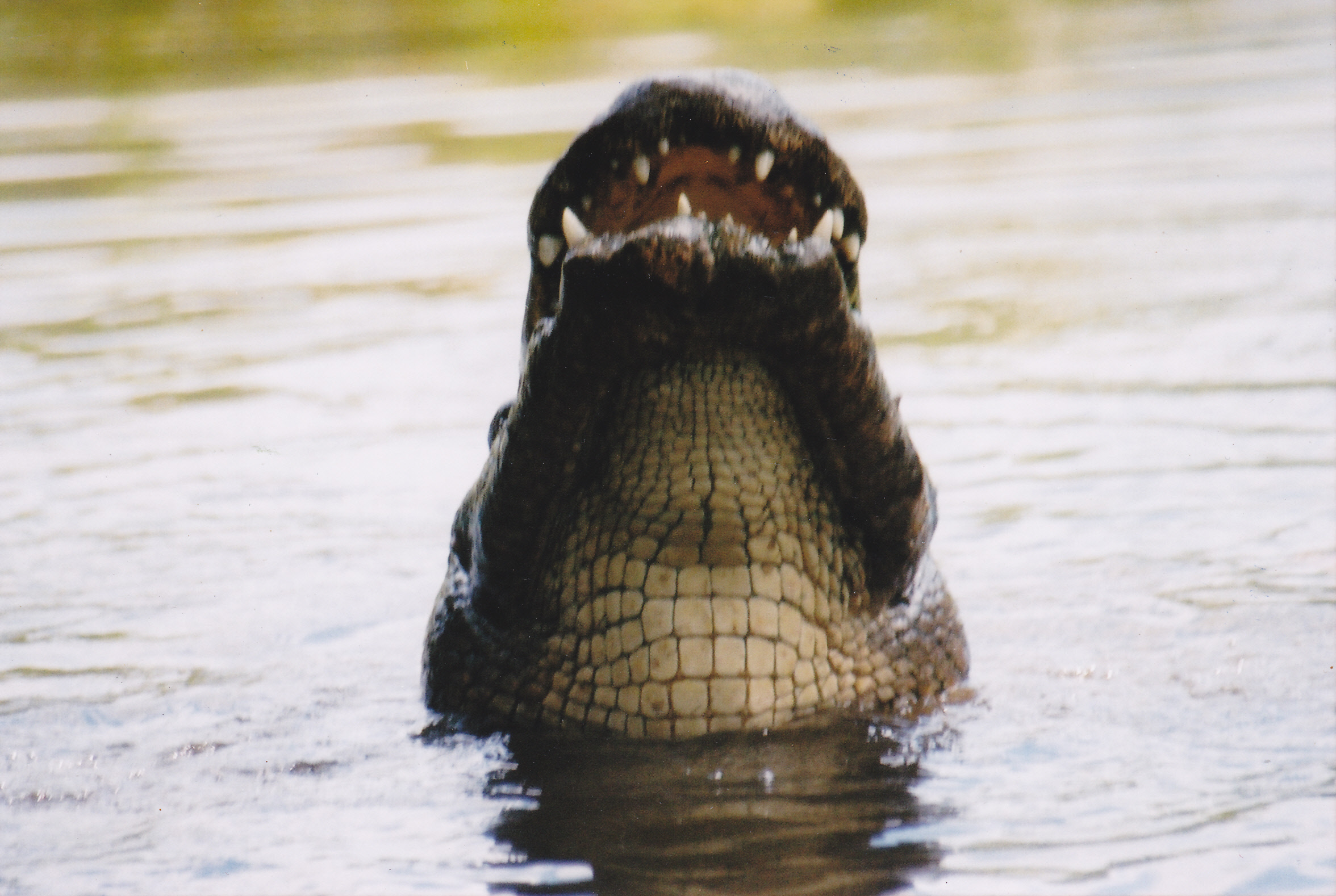